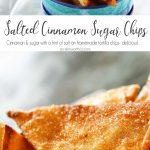 Salted Cinnamon Sugar Chips are easy homemade tortilla chips dusted with delicious cinnamon & sugar & a hint of sea salt. Perfect for dipping in a dessert or dunking in a warm bowl of chocolate sauce. YUUUMMM!!!

I post cinnamon related recipes here quite often. That’s because my son goes absolutely bonkers for all things cinnamon. He absolutely love it. He can smell the slightest hint of cinnamon being added to any recipe, even when he’s all the way on the second floor with his door closed. It’s crazy how that works, but he has a nose for it & is always on the hunt for recipes I’m adding cinnamon in. So one day I told the hubs that I was craving a churro, but also something crunchier than a churro. Later that day I heard a bunch of commotion in the kitchen. I was too busy to go investigate. I figured he was making himself a snack or something. Then my son ventured out of his room saying he was smelling cinnamon. So I sent him down to do the investigating. He came back with these salted cinnamon sugar chips that are absolutely incredible. 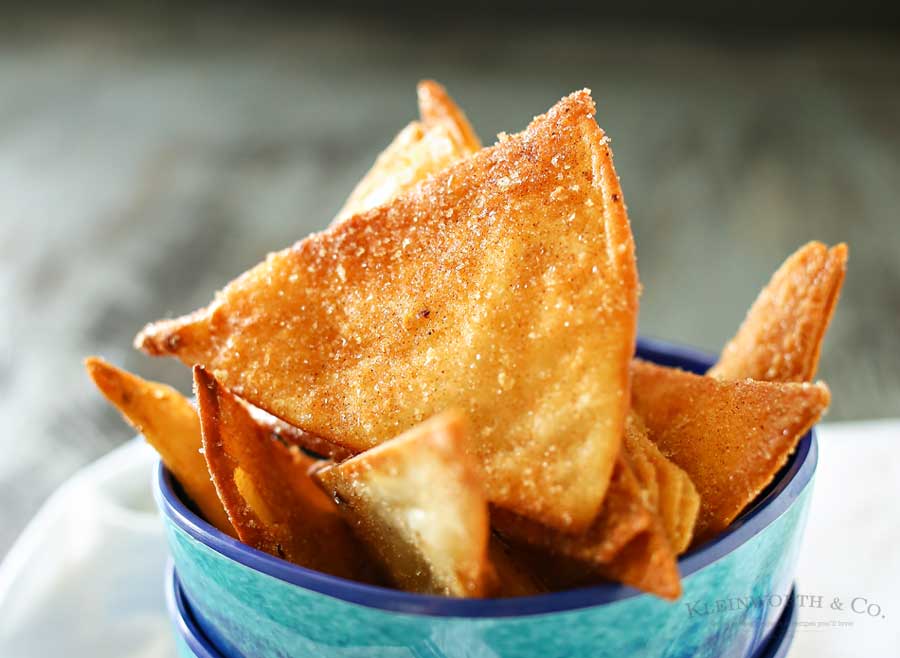 The key here is to use peanut oil & a deep pot when frying your corn tortilla chips. Then there’s not only cinnamon/sugar mixture sprinkled on there, but also some popcorn salt. It’s super fine & adds a light hint of salt to cut the sweetness just enough. It’s absolute heaven if you love crunchy & salty/sweet at the same time! 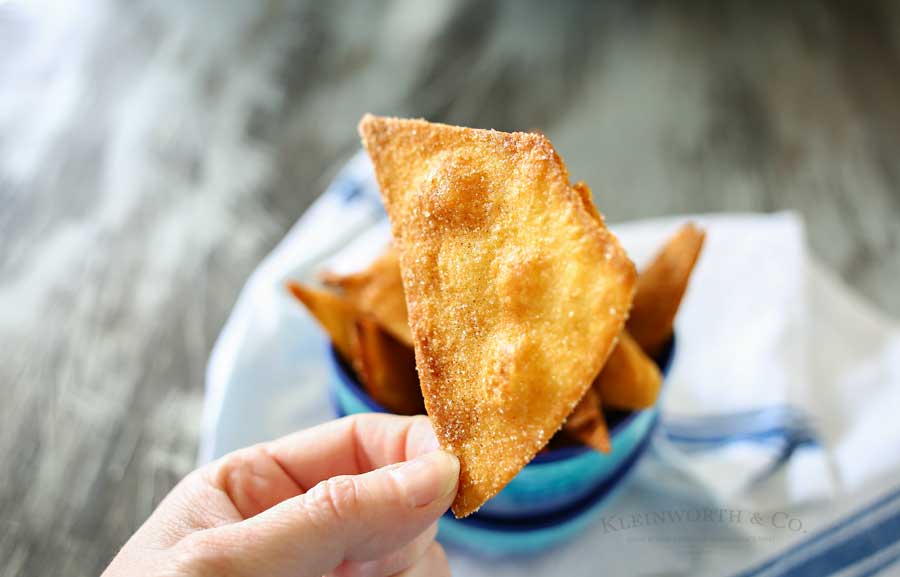 These chips are incredible. They are the perfect for dipping in a berry salsa or in a warm chocolate sauce. It’s like a flat churro & oh man it is so good! I love that we made these at home & we could eat them while they were still hot. That really added to the experience. 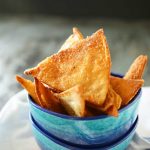 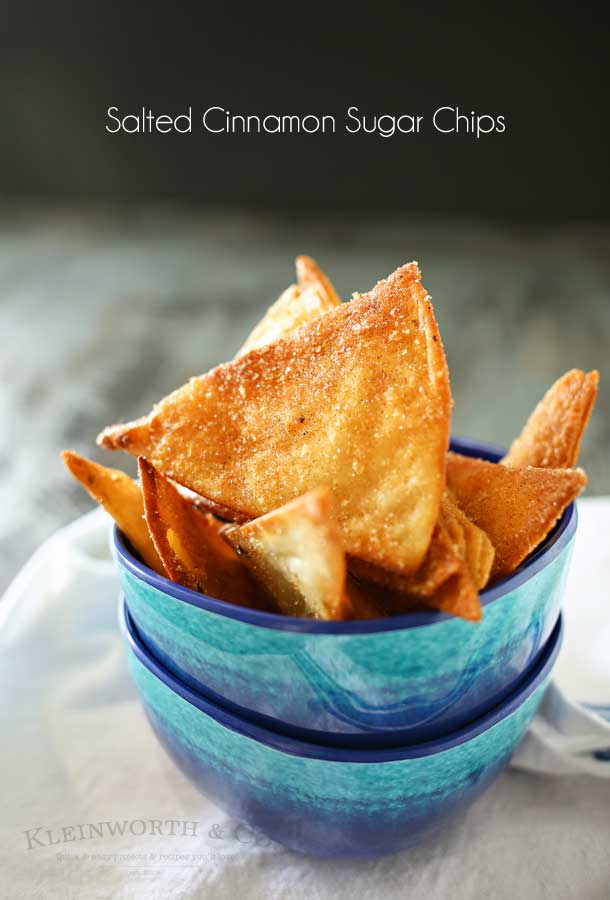 These are the most addictive little snack for a cinnamon lovers like my family!

Looking for more of our favorite snack ideas? 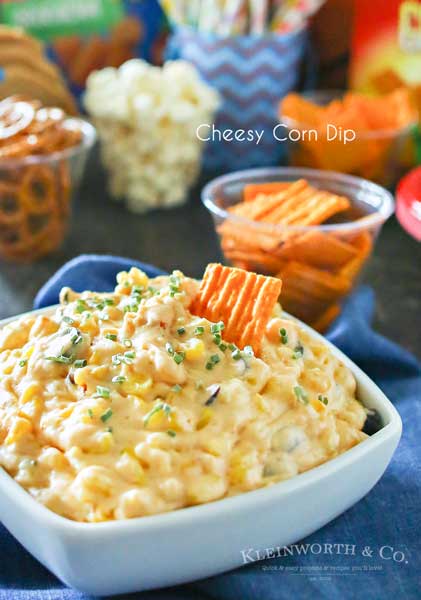 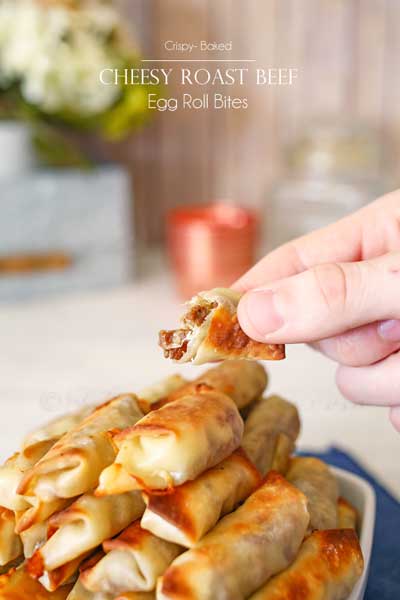